Although I’m a committed book-reader, I still manage to watch several shows each week through Netflix, Prime, and Acorn services. I even follow a couple shows on prime-time TV. I could tell you that these shows are my “guilty pleasures,” except that I don’t feel any guilt (or shame) at all about spending my time this way. In fact, sometimes I find God there. And I see other people searching for God, or expressing faith, or trying to align their lives in response to a personal challenge that has spiritual or moral dimensions.

On CBS, for example, “Madam Secretary” features a US Secretary of State whose husband is a Catholic moral theologian (and a spy). Hardly an episode goes by without a mention of Thomas Aquinas or the application of Christian ethical analysis to a contemporary political situation. This is the influence of writer Joy Gregory, who brings her Catholic background and her interest in people of faith to bear on each episode.

“The Crown” series on Netflix depicts the reigns of Queen Elizabeth II, with a touching portrayal of the religious devotion she brought when she was first crowned, as well as a scene or two with Rev. Billy Graham. While these may not be factually accurate, they help the viewer reflect on the depth of Elizabeth’s commitment in her leadership role. The character certainly understands her ascension to the throne as a godly act.

It was surprising to hear a quotation from the Bible in a sermon given by the Rev. Paul Coates (played by Arthur Darvill) in the final episode of the BBC’s “Broadchurch” season 2. To a community filled with fear, sadness, and anger after a vicious murder committed by one of their own, the priest says:

A bit simplistic, but a lovely way to interpret the scripture for a particularly difficult (fictional and cinematic) context.

I skimmed through Marie Kondo’s The Life-Changing Magic of Tidying Up a couple years ago but never used her process with my own possessions. My initial reaction to her idea that a piece of clothing, artwork, or book should “spark joy” seemed just silly to me.

Then I watched the first episode of her new Netflix reality show “Tidying with Toddlers,” and I was struck by the gentle but firm spirit with which she engages the family. As she found a place to kneel in silence, eyes closed, thanking the home for its sheltering of the family, I felt the holiness of the moment through the screen. The parents teared up as they too sat silently, remembering the ideals and hopes for their life together in that home. Something shifted in their relationship to each other, their children, and their domestic environment. The scene reminded me of my first attraction to our house and inspired a gratitude to God that its spaces that have been so hospitable for my family and friends over thirty-two years.

Another show that I’ve touched base with is the 2018 version of Netflix “Queer Eye.” In Season 1, Episode 5, a “devoutly Christian father of six” living in Marietta, Georgia, is nominated for a makeover by the five gay men. While digging in a new vegetable garden with the nominee, star Bobby Berk bluntly asks him what he thinks about gays. The father says, “We are supposed to love everybody.” Bobby replies with his own story: he was raised in an Assembly of God congregation, went to church “every day of the week,” played in the praise band, attended youth group, etc., etc. But then the church’s judgments and preaching against homosexuality excluded him from that lifelong commune with God and with other believers. A heartbreaking moment for any Christian to watch.

This crucial issue of how churches relate to LGBTQ persons arises again in Season 2, Episode 1 “God Bless the Gay.” 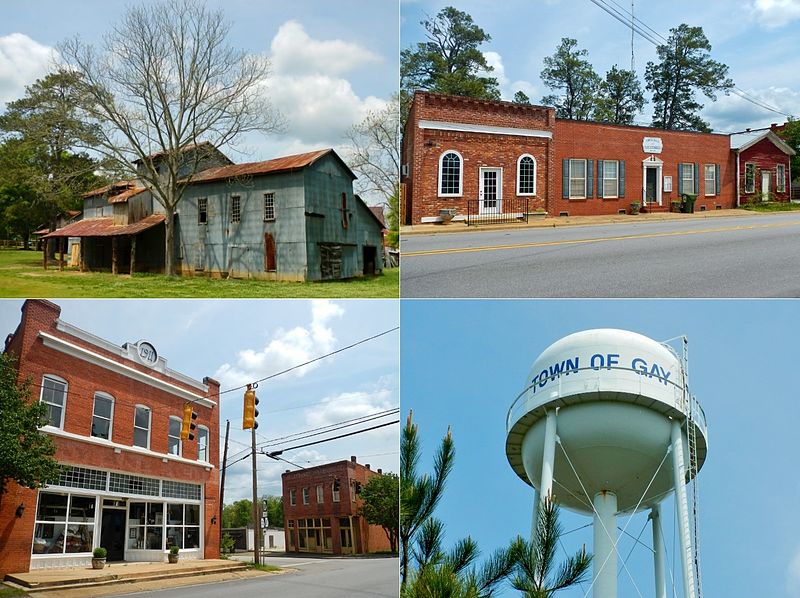 This time the five hosts drive to Gay, Georgia (population 89, and yes, the town name does not go unmentioned) in order to meet Ms. Tammye Hicks. She’s asked them to finish up a renovation on her church’s community center, so Christian faith and practice take center place in this episode. On the drive in, the hosts discuss their personal history with church and with God, with both positive and negative experiences. I watched this episode last fall and I’m still impressed by their openness and vulnerability. And, if you’re looking for a sermon illustration about forgiveness, reconciliation, and healing, then the story of “Mama Tammye” and her family offers up real-life miracles.

My son never tires of pointing out that I gravitate toward stories with happy — or at least, fairly resolved — endings: murder mysteries and makeovers, The Lord of the Rings and The Wizard of Earthsea, memoirs where the writer achieves some goal, or learns something new about themselves or others, or moves into the next stage of life with courage and good humor. I suppose that’s why I’m a teacher so that I can experience the joy of participating in the learning and growth of others. It’s also why I’m a believer in the movement of God’s Spirit, the one who seeks to bring wholeness to all creation.